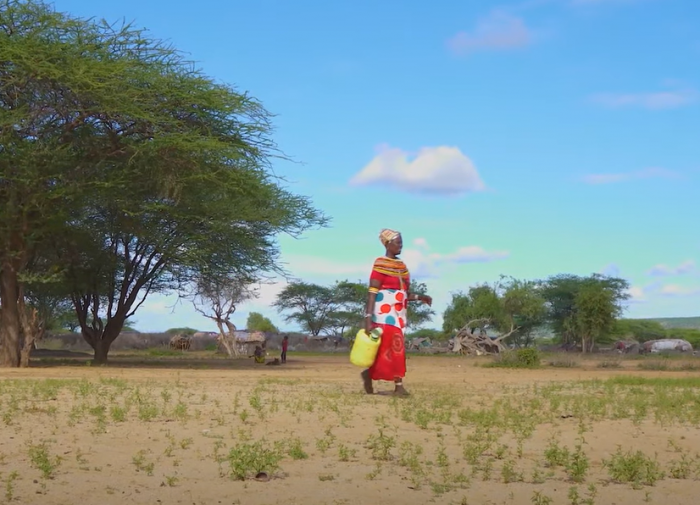 To some, climate change is just a theory, but working with the most vulnerable communities in the most fragile contexts in Kenya, I have come to acknowledge the reality of climate change and its associated risks.

Communities in northern Kenya, which are largely pastoral, deal with climate change on a daily basis. The pastoral systems face increasingly frequent and severe droughts and floods, erratic rainfall and higher than average temperatures, negatively impacting the resources that provide livelihoods to most households. This has led to high poverty rates and exacerbated violent conflict among the communities, with many women and children being killed, displaced and/or raped. Increased food insecurity has also caused many households to resort to retrogressive cultural practices—such as child marriage, child labor, child prostitution and female genital mutilation—as children have been left to adapt and fend for themselves. Loss of the indigenous biodiversity, which provides a natural support system for maintaining a multi-functional landscape, is also leaving the area move vulnerable to climate-related disasters.

This issue has called the social service workforce and the community to action, with climate adaptation and resilience becoming a top priority. This has been done by working on initiatives that support communities in developing resilience to climate change-related shocks. These initiatives focus on land and forest restoration, improved natural resource management, diversification of livelihoods through the adoption of alternative natural resources, and the development of community-based disaster risk reduction action plans.

Through the initiatives, communities have adopted regreening initiatives, such as Farmer Managed Natural Regeneration (FMNR), which provides a win-win situation in restoration of livelihoods and landscapes. FMNR is a simple and low-cost nature-based solution that rapidly restores degraded land and ecosystems by unlocking the restorative potential of Kenya’s underground forests. FMNR has worked well especially for women providing them with basic ecosystem services such a firewood, medicine and feeds/pasture for their livestock.

The adoption of alternative livelihoods away from pastoralism (such as bee keeping, chicken farming, and gum and resin harvesting), coupled with the development of value chains with linkages to the formal markets, has led to improved economic and social status for otherwise vulnerable community members. With multiple income streams, families can buy food and other basics for their children and families, irrespective of the weather patterns.

The role of the social service workforce has been critical in each of these initiatives. They have trained communities on innovative ways of coping with climate change and have helped communities develop disaster risk reduction plans. They have helped communities mobilize resources to allow them to build back better after the disasters. They have created community awareness of climate change issues and built the capacity of the local community to ensure the sustainability of the programs they run. Lastly, the social service workforce has become the community’s voice for advocacy efforts focused on the development of resources to address climate-related risks and the development of climate-related policies at the local and national levels.

Through these initiatives, I have witnessed communities transform their mindsets on natural resource management and use as well as improve their resilience to climate-change-related shocks. This is the motivation I need to continue contributing to the fight against climate change and building community resilience.