By the Action of Somali Social Workers (ACSOS) 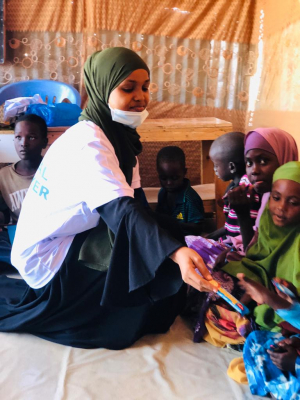 Somalia is currently suffering from its worst drought in decades. The drought has resulted in crop failure, livestock deaths and the loss of assets. As a result, it has caused widespread displacement, hunger and malnutrition. According to the United Nations High Commissioner for Refugees (UNHCR) and the Norwegian Refugee Council (NRC), a total of 1 million people have been internally displaced in Somalia since the drought began in January 2021.

The Action of Somali social workers (ACSOS), a non-profit social work institution, is working to address the impact of the current drought by aiding those most affected. Social workers associated with the organization are helping provide individuals and families with basic necessities, such as food and water, in areas most affected by the drought. In the cities of Garbaharey, Dollow, and Luuq, ACSOS social workers are delivering food and water aid to over 1,000 internally displaced persons (IDPs). In the Kahda and Dayniile districts, social workers are providing aid and other services to over 10,000 IDPs. This includes providing guidance and counseling for parents and children and making referrals to hospitals for those with critical health conditions. 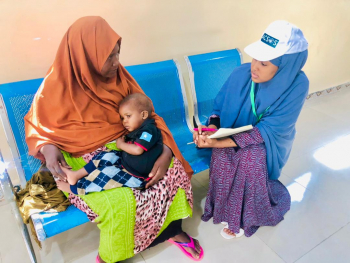 Since the drought began nearly two years ago, social workers have been at the frontlines of the drought response, helping to save the lives of millions of children and families. According to Child Protection Coordinator for ACSOS, Sumaya Abdi, “case workers are playing an essential role [in response efforts]. Our case workers have registered more than 430 children suffering from severe acute malnutrition (SAM), 371 of whom are now in very good condition. In addition, they have helped create a child-friendly space so that children can recover from the stress and trauma they have experienced and get an emergency education.”

As the drought continues, so does the work of the social workers. However, they are often met by challenges and limitations such as the lack of capacity building and a resource shortage. The organization will have to surpass these challenges in order to speed up the services provided by the social workers.